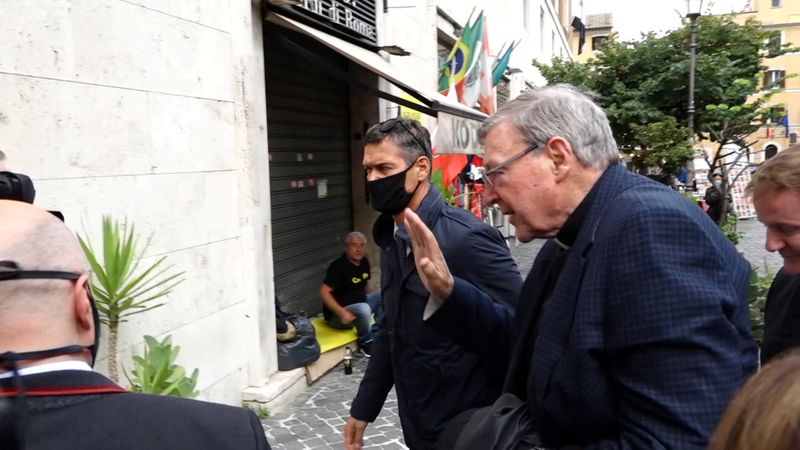 Pell’s conviction for abusing two choirboys was overturned last April after he was jailed for more than a year, but the media contempt of court case wrapped up only on Wednesday, more than two years after he was tried.

In 2018, County Court of Victoria Chief Judge Peter Kidd imposed an Australia-wide ban on all reporting of Pell’s trial to protect against prejudicing jurors in a second case the cardinal was due to face the following year.

However, foreign media reported his conviction while the ban was in place, and Australian media subsequently ran stories saying a prominent unnamed person had been convicted of a major crime which they were unable to report on. Some referred to foreign reporting of the case.

After fighting what were originally 211 charges against 36 companies, reporters, editors, and broadcast presenters, 12 media companies last week agreed to plead guilty to 21 breaches of the suppression order. All other charges were dismissed.

At the penalty hearing at the Supreme Court of Victoria, the state prosecutor sought hefty penalties alleging that most of the outlets had acted in bad faith, having taken a “calculated risk” to run stories which breached an order that clearly stated nothing related to the trial should be reported.

The prosecutor also alleged the companies ran the stories to pressure Judge Kidd into amending his suppression order – which the media denied.

Lawyers for the companies, mostly owned by News Corp (NASDAQ:) and Nine Entertainment Co, said those arguments were unfairly brought at the plea hearing.

“We’re blind-sided by it. It’s not the way in which the case has been put and it is an allegation of malice akin to an allegation of fraud,” said Matthew Collins, representing Nine Entertainment and online news service mamamia.

News Corp and Nine’s lawyers said penalties should be light as the media had shown remorse and contrition through their guilty plea and their apology to the courts, they had not intended to breach the suppression order and had agreed to pay A$650,000 to cover the prosecutor’s costs.