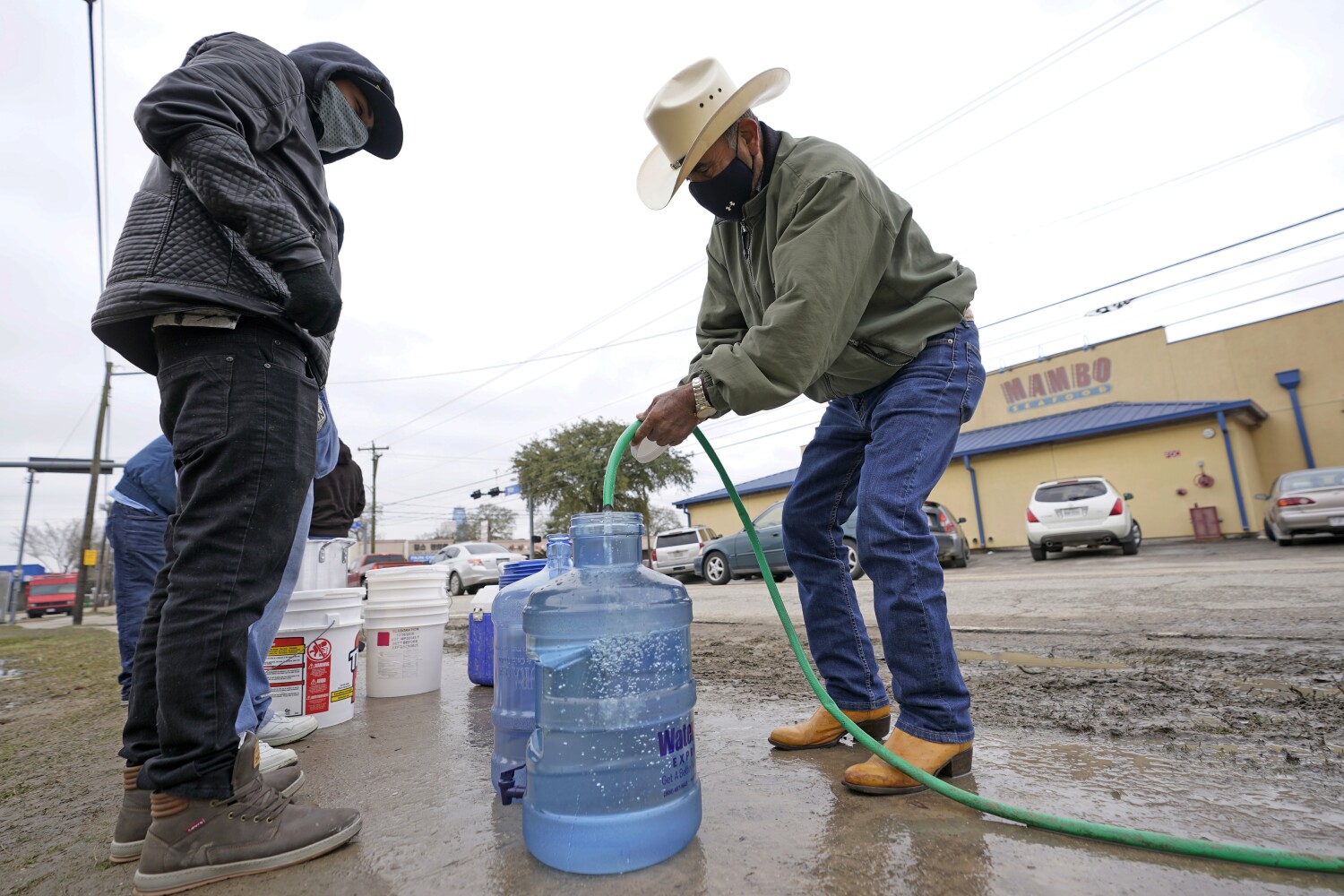 On Wednesday night, photos posted to Twitter appeared to show something borderline unthinkable: Sen. Ted Cruz of Texas boarding a flight to Cancun, Mexico. In the middle of a pandemic. And in the middle of a crisis that had left millions of his constituents without power or clean drinking water.

Surely it must be a mistake, people theorized. But the photos were real. And by Thursday, the Republican senator issued a statement saying that the once-in-a-generation ice storm that was endangering people all over his state had also canceled school, and his daughters wanted to go on vacation. He returned home Thursday afternoon and called the trip “obviously a mistake.”

Meanwhile, mutual aid groups have been stepping up to help Texans during the crisis.

Mutual aid is different from traditional charitable organizations. Generally speaking, they are run by members of the communities they serve, and seek to fulfill specific and immediate needs, like providing food at community fridges or distributing blankets and coats. Mutual aid groups also frequently give cash directly to people who need it, without means testing or strings attached.

“We primarily focus on getting money directly to other Houstonians,” said Christina Tan, an organizer with Mutual Aid Houston. “That’s the unique model of mutual aid, which is a centralized way for people to send their money that’s trusted, and then trusting that we get [those funds] to people who are in need and are from Houston.”

Because they are not subject to the same government reporting rules and oversight as registered nonprofits and charitable organizations, it can be more difficult to assess how mutual aid groups use donations. But without the attendant financial transparency and public disclosure requirements that nonprofits have, they can be more agile and quickly pivot to respond to a community’s most pressing needs. And, Tan said, they can be transparent in a different way: Mutual aid funds sometimes post screenshots of their donations to individuals, or have open transaction histories on sites like Venmo, so donors can see where their money is going. Everyone who works for Mutual Aid Houston is a volunteer, she said, and no one has a formal title — the only money they’ve received that hasn’t gone right back to other members of the community paid for their website and Slack.

Jane Delgado, the president and chief executive of the nonprofit National Alliance for Hispanic Health in Washington, D.C., described mutual aid groups as “neighbors helping neighbors,” and said they play a vital role in communities.

“When we’re in a crisis, we need everyone to pitch in. We need neighbors helping neighbors. We need large nonprofits. We need small nonprofits. There’s actually no one-size-fits-all,” she said.

Because mutual aid funds are hyper-local and community-based, the people who run them know who needs help the most, Delgado said. And while nonprofit and charitable organizations can pivot to new ways of helping people in an unprecedented emergency, they also have to be mindful of their legal fiduciary responsibility to use donor money for the purpose the donor intended it.

Mutual aid groups have a rich history in the United States as fundraising hubs, volunteer organizations and also political action groups, said Dean Spade, the author of “Mutual Aid: Building Solidarity During This Crisis (and the Next).”

“There’s nothing new about mutual aid,” he said. The concept has had a resurgence of popularity, sparked in part by Donald Trump’s 2016 election, the COVID-19 pandemic, and the George Floyd protests. But their roots in American history go back to emancipation, when former slaves banded together to protect themselves, form Benevolent Societies and pool funds to get access to types of infrastructure from which they’d been excluded, like housing. The groups provided material resources but also a sense of community and protection and an avenue for political organizing, a tradition that continues in mutual aid groups to this day.

Mutual aid groups are “actually very different than how charity works,” Spade said. “It’s a form of coming together to meet survival needs in a political context, talking about things like, ‘Hey, what’s causing this crisis?’”

There’s a tacit acknowledgement that people are in need due to structural and institutional problems, Spade said, not just because they happen to be temporarily down on their luck. In recent years, mutual aid groups have convened around projects like organizing bail funds for protesters and protecting homeless encampments from sweeps.

Tan, of Mutual Aid Houston, said the group has ramped up activity significantly in the face of what it perceives to be government inaction in Texas. Now, in addition to direct cash aid, members have been running operations distributing things like blankets and food. They offer money to anyone who needs it for whatever purpose they need it, whether that’s rent, a car payment, food or other necessities. And they don’t require recipients to be U.S. citizens.

“That is a kind of flexibility that we don’t think is possible through traditional charities or nonprofits,” Tan said.

Here are some of the mutual aid funds and other local organizations seeking donations and working right now in Texas. Many accept donations via Venmo, Cashapp and Paypal.

The Texas Sunrise Movement put together a broader directory of mutual aid groups in the state by city. Other charitable groups and nonprofits are also seeking donations.

Local news organizations are also doing vital work informing the community and the world about what’s going on on the ground. And many of those journalists are working as they contend with the same devastating conditions as their neighbors. It’s a great time to consider supporting a Texas-based news organization, including subscribing, reading their coverage, and following them on Twitter. Here are a few to get you started:

Texas Tribune, @texastribune. Recent headlines: How to help and get help in Texas as the winter storm causes power outages | Texas was ‘seconds and minutes’ away from catastrophic monthslong blackouts, officials say

Texas Monthly, @TexasMonthly. Recent headlines: What Went Wrong With Texas’s Main Electric Grid and Could It Have Been Prevented? | 13 Curses to Mutter Against Ted Cruz While You Boil Snow to Drink

San Antonio Express News, @ExpressNews. Recent headlines: Finally a good day for (most) electricity customers as San Antonio watches snow’s encore | How do you boil water without power or water? A San Antonio survivalist weighs in

Fort Worth Star-Telegram, @startelegram. Recent headlines: Need to boil water? Check this updated list to see if your city is under an advisory | Weather causes emergency blood shortage in Fort Worth area, prompting call for help

Mop-up round for HCWs who missed 2nd dose

Stimulus check shake-up for dependents: Why the third payment could change everything