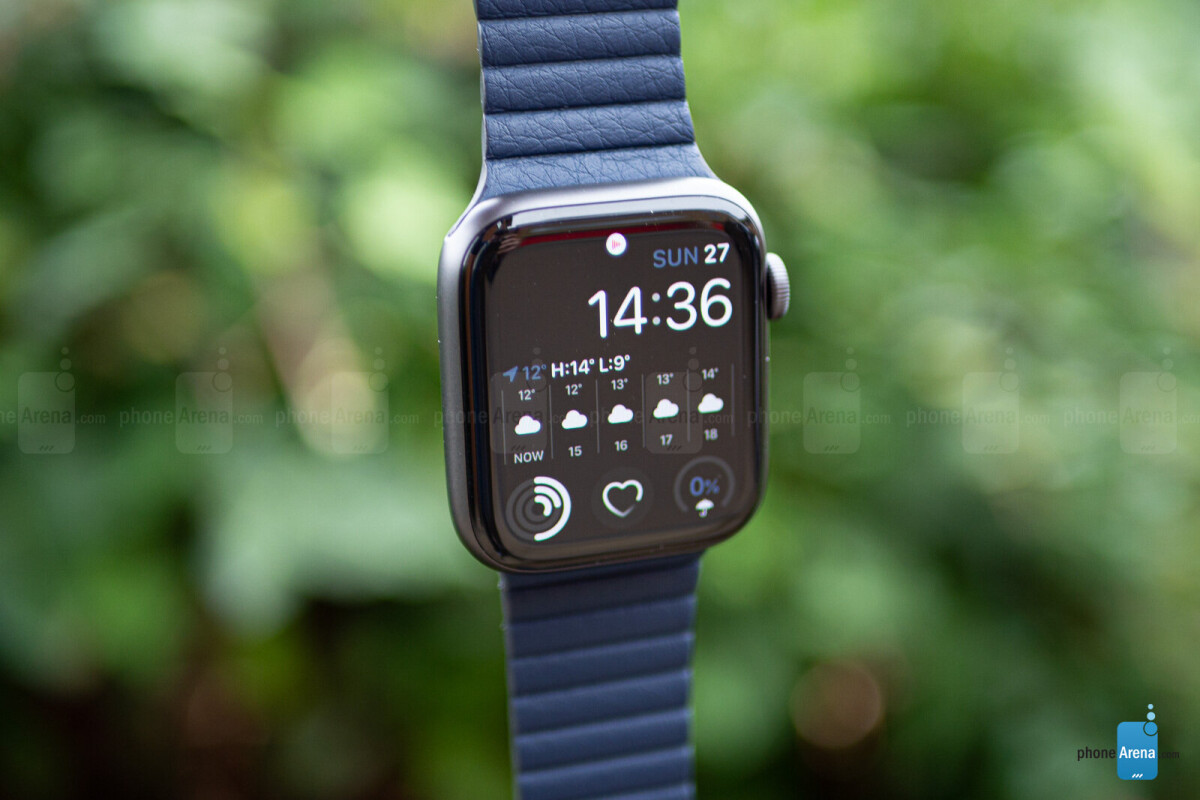 Did you ever go on a diet and find that you were not only hungry all of the time, you also had no energy. Well it seems that Apple is looking to put its smartwatch on a diet but instead of reducing the timepiece’s energy, this diet would result in a larger battery capacity for the device. A patent application that Apple filed with the U.S. Patent and Trademark Office (via AppleInsider) reveals Apple’s plan for making enough room inside the wearable. Currently, the Taptic engine inside the Apple Watch needs room to be placed inside the device, and also needs the room to move so it can generate the necessary vibrations.

Is a smaller Apple Watch with a larger battery on the way?

The patent, titled Portable Electronic Device Having a Haptic Device with a Moving Battery Element (try saying that 10 times fast), envisions Apple removing the stand-alone Taptic engine. Replacing it to provide the haptic feedback that Apple Watch users love (nothing like that turn signal tapping on your wrist when using the Maps app) could be the battery. The latter would be attached to the display to generate that physical feedback. Besides the battery, there would be a magnetic element and a coil assembly involved. Illustration from Apple’s new patent application for the Apple Watch

Apple says in the patent application that “Electronic devices are increasingly common in the modern world. These electronic devices include any of a number of different input or output components for interacting with a user. Traditionally, electronic devices include one or more buttons or electromechanical switches for providing input. However, as devices become smaller, there is less space to integrate traditional button-type input devices. Some devices include a touch sensor or touch screen for receiving input. However touch sensors generally lack the mechanical feedback to alert the user that an input has been registered. The systems and techniques described herein are directed to a haptic device that may be used to provide tactile feedback to a user during operation of the device. More specifically, the embodiments described herein are directed to a haptic device that moves a battery element in order to produce a tactilely perceptible pulse or vibration along an exterior surface of the device.”

The battery in the watch would have to be able to move to create the vibrations necessary to produce Haptic feedback. The patent describes some of the methods that Apple is testing to make the battery move. The patent explains some of the math involved. “The smaller the mass of the haptic device, the further that the haptic device may need to move the mass in order to produce the same haptic output,” it says. “For example, a first mass half as large as a second mass may move twice as far in order to generate the same magnitude of haptic output.”

Longer battery life is on the wish list of almost every single human who straps on an Apple Watch every day. But there is always the possibility that Apple goes ahead and replaces the stand-alone Taptic engine with the battery but decides to shrink the size of the latter component anyway.

The Apple Watch Series 7 could be unveiled this coming September with another major health monitoring feature. If the latest rumors are legit, the timepiece will monitor the blood glucose level of users. This is important to diabetics who are dependent on insulin since they need to know this number to determine how much insulin to inject before each meal. Getting this number currently requires a diabetic to poke him or herself with a little needle called a lancet and have the blood measured on a machine called a glucometer. The process is painful and expensive (the test strips needed for each test are not cheap). Apple and Samsung both plan on offering on their upcoming watches, a non-invasive method to determine a user’s blood sugar measurement.