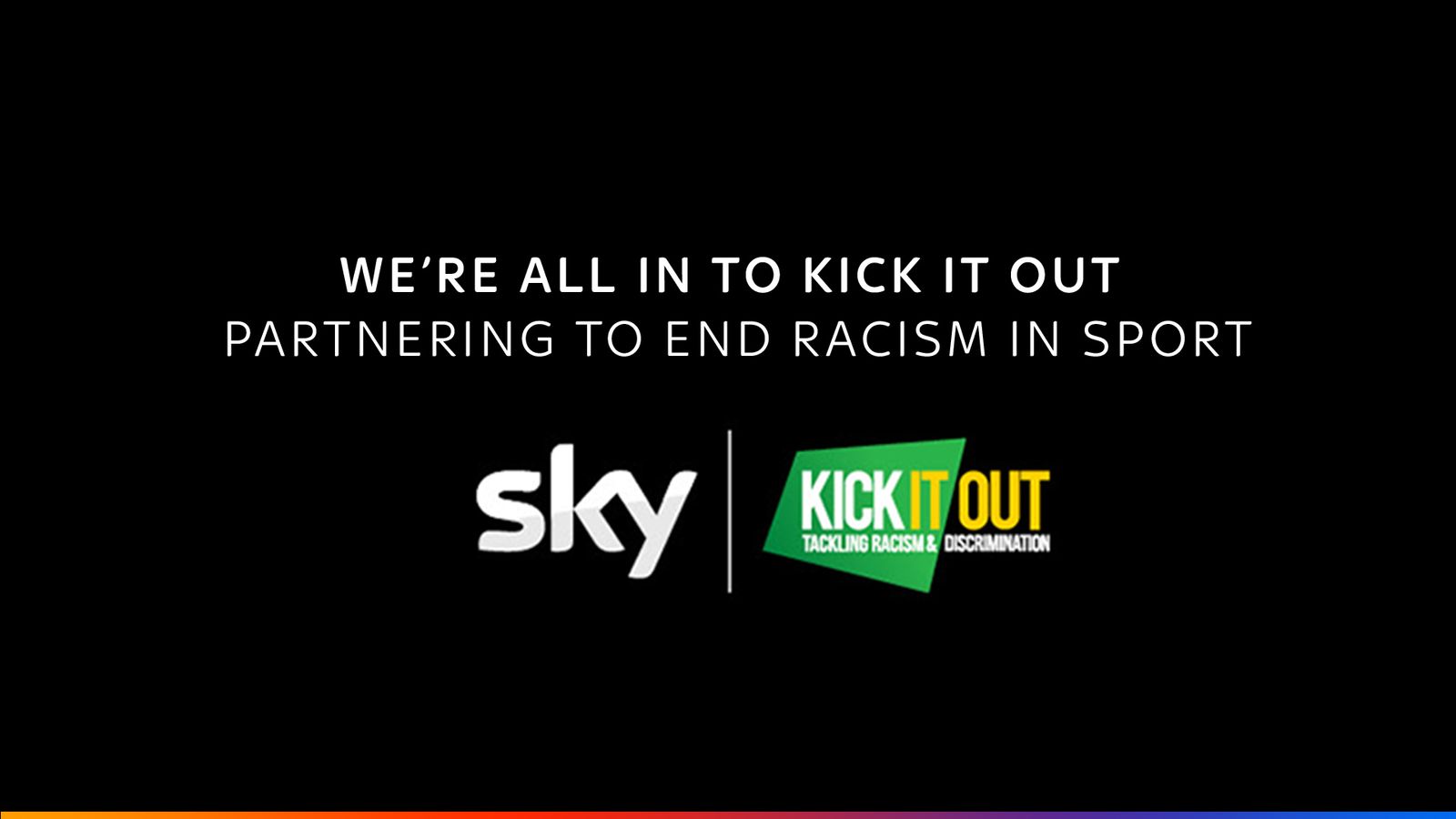 
Kick It Out has launched a three-year partnership with Sky which will see Sky become its key broadcast media partner in the drive for inclusion in football and the battle against discrimination in all its forms.

Sky will commit £3m over the next three years, in a mix of cash and value in kind support.

Sky will also commit to using its powerful voice, extensive reach and established channels to support the organisation that has been at the forefront of the fight against racism and discrimination in football for over 27 years.

As well as committing to use its editorial reach, voice and platforms to campaign for change, Sky will work on a series of initiatives with Kick It Out.

These will include partnering on educational initiatives, making it easier to report instances of discrimination online and inside football stadia, and developing annual transparency and insight reports on a range of issues including tracking progress on football’s promises to diversify its workforce.

Sky Sports partnered with Kick It Out on their recent #takeastand initiative launched during England’s match against Belgium at Wembley in October, and was a proud supporter in 2018 when Kick It Out celebrated 25 years of tackling discrimination.

Kick It Out chair Sanjay Bhandari said: “We are absolutely delighted to have Sky onboard as the first new strategic partner, as part of our new vision to be a galvanising hub for inclusive change in football.

“We share the same ambition to bring football together and make it a game where everyone feels that they belong. This is an enormously exciting partnership. We look forward to working together to deliver real change in the game we all love.”

Stephen van Rooyen, EVP & CEO UK & Europe Sky said: “Our view at Sky is that there is absolutely no place for any kind of discrimination or racism in sport. As football’s biggest partner in the UK, we want to drive change and make the national game more inclusive and truly representative of the whole country. It’s time for us to do more – and we will. We are all in – to kick it out.”

Daily Mirror assistant editor Darren Lewis feels the new partnership between Kick It Out and Sky illustrates how the broadcaster is ‘taking a lead’ in providing vital capital for a campaign which has historically been underfunded.

“It’s fantastic news for Kick It Out and the players it serves,” he said. “For far too long such a hardworking body has been underfunded, criminally so in the eyes of many. For Sky to grab the bull by the horns is a wonderful things. A lot of the people who do such great work will be delighted.

“We’ve seen in 2020 how crucial their role is, not just for incidents that involve A-list footballers but are as equally as important. We need a strong anti-racism watchdog in this sport.

Clinton Morrison accepts it will take time for the benefits of the campaign’s grassroots education to be seen but that the partnership between Kick It Out and Sky represents a major step in the right direction.

“Kick It Out have been brilliant for years, getting this investment will only help the players. It’s superb to team up together,” he said.

“Social media is massive, fans within the ground as well. How do you deal with racism in the terraces? It can help with grassroots education, going into schools and teaching what is right and wrong. When I was growing up it was different, we used to accept things that we now know need changing.

“We are taking baby steps, it will take time. It might be for my kids, or grandkids, but things like this are positive. Sky has a huge platform and everyone is pushing for the right direction. This partnership will help make change. I can only give huge credit to Sky.”

The best Windows 10 antivirus protection for 2021
2020: Pandemic, lockdowns and a vaccine tie-up boost for India-UK ties