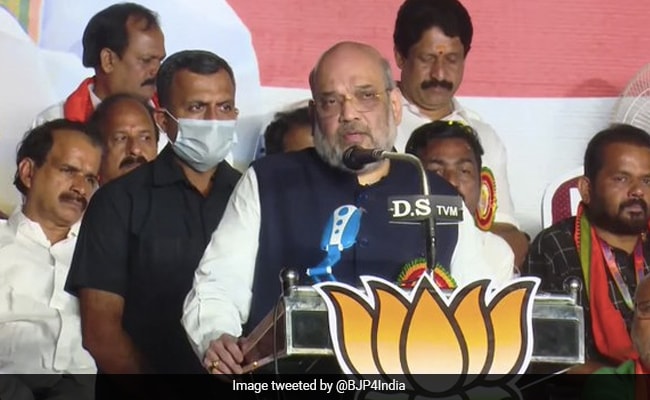 The war of words between Kerala Chief Minister Pinarayi Vijayan and BJP leaders has intensified with Home Minister Amit Shah touching upon a gold smuggling case in which the accused – according to the customs department – had made “shocking revelations” against the Chief Minister, Speaker P Sreeramakrishnan and some ministers.

Mr Shah was in Kerala as part of the BJP’s campaign for the state election to be held on April 6.

“Answers to these questions are important in public life. There must be transparency. You (Chief Minister) have raised allegations. And today I publicly ask you questions. I hope you will answer these publicly,” Mr Shah said.

Mr Vijayan on Saturday alleged that central investigative agencies have taken over the election campaigns in the state. The Chief Minister said the customs commissioners’ goal is to “defame” and “insult” the state government at a time when election to the assembly is near.

“All I have to say to the BJP and the agencies that dance to their tunes is this – we are not the kind of people you are accustomed to dealing with. We are different. No matter what you do, this land will not blame us. Our lives are open books, and you will soon realise it,” Mr Vijayan said on Saturday.

The National Investigation Agency, the Enforcement Directorate and the customs are conducting separate investigations into the gold smuggling case that was busted at Thiruvananthapuram airport on July 5 last year.

The CPM took out protest marches outside the customs offices in Kerala on Saturday. Customs Commissioner Sumit Kumar wrote on Facebook, “A political party trying intimidation, will not work”.