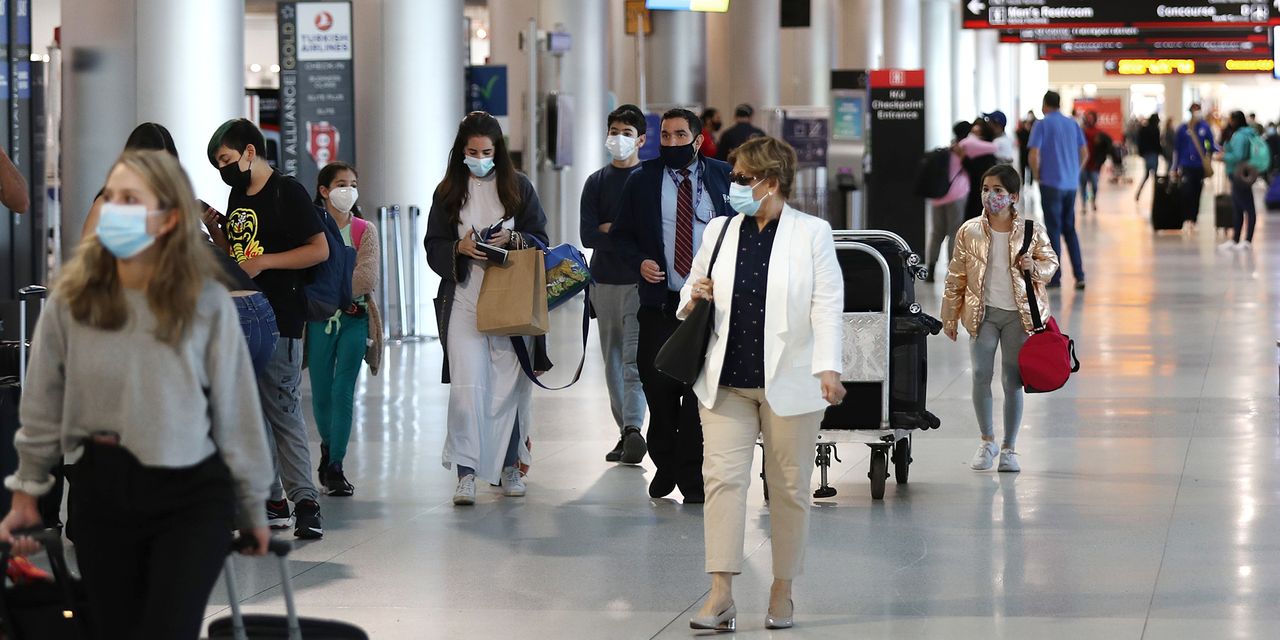 Airlines Will Emerge From Turbulence. This One Looks Like the Best Bet.


For much of the financial markets, it’s almost as if Covid-19 never happened.

It’s not just that Dow Jones Industrial Average is up 6.8% over the past year, when the market peaked before the Covid-19 selloff. This past week, we learned that fourth-quarter earnings from

companies look set to surpass those from 2019, a sign that—for big companies, at least—the round trip has been made.

ETF (ticker: JETS) is down 26% over the past year, as airlines continue to struggle with the impact of Covid. Air traffic remains muted, and passengers who might have been looking to fly in the spring are changing their plans. A quick check of

(EXPE)—whose stock rose 3.6% this past week despite disappointing earnings—found a round-trip

There’s reason for optimism, however, because prices are rising further later in the year, explains DataTrek co-founder Nicholas Colas. A similar flight on

(JBLU) at the beginning of July costs twice that amount. And over Christmas?

“US airlines are seeing increasing pricing power throughout 2021,” writes Colas, who conducted the price search. “Even if these costs are getting skewed by airlines manually setting higher prices in the back half of this year with the expectation of widespread inoculation, it still signals industry confidence about pent-up demand for travel.”

Investors who want to play the sector can, of course, simply buy the Jets ETF, which owns everything from American, Delta, United Airlines Holdings (UAL), and

(FHZN.Switzerland). The ETF has gained 7% during the past month despite talks of mandatory Covid testing before flights, disappointing earnings reports, and no real visibility on when—or if—flying will return to normal.

Or they can take a more selective approach. While everyone appears to agree about what will happen—consumer travel will come back quickly, business travel not so much—airline valuations are all over the place. That’s partly due to differences in the amounts of money raised by companies in both debt and equity offerings. “There’s not a sector call to make on airlines,” McCourt says. “It’s very stock-specific.”

He points to his firm’s Strong Buy- and Outperform-rated airlines as the best way to play a post-Covid rebound, including

(ALK), which needs to gain 25% to return to pre-Covid price levels,

Alaska looks particularly interesting. The company reported earnings on Jan. 26—a loss of $2.55 a share, beating forecasts for $2.87, on sales of $808 million, missing estimates for $824.77 million—and the stock tested $49, the bottom of its recent range. Since then, it has rallied 18% and looks ready to break out. Raymond James points to Alaska’s “low-cost/capital-efficient DNA, largely domestic focus, and relatively unimpaired balance sheet.”

It just might be time to take a flier.

Write to Ben Levisohn at Ben.Levisohn@barrons.com