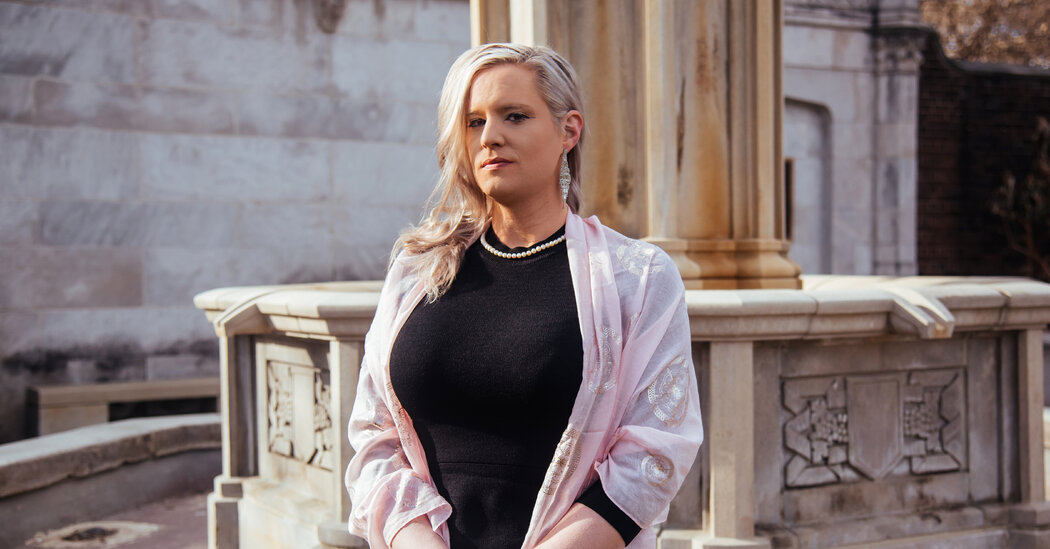 Allison Escolastico, a 30-year-old transgender woman, has wanted breast augmentation surgery for a decade. By 2019, she finally thought her insurance company, Aetna, would pay for it, only to find that it considered the procedure cosmetic, not medically necessary, and refused to cover it.

“I knew from my case, it wasn’t cosmetic,” said Ms. Escolastico, who contacted a lawyer after she lost her appeal last year. “I knew I had to fight for this,” she said.

Ms. Escolastico’s surgery is now scheduled for February. Working with the Transgender Legal Defense and Education Fund, a nonprofit that advocates transgender rights, and Cohen Milstein Sellers and Toll, a large law firm that represents plaintiffs, she and a small group of trans women persuaded Aetna to cover the procedure if they could show it to be medically necessary.

To qualify, the women would need to demonstrate that they had persistent gender dysphoria, undergo a year of feminizing hormone therapy and have a referral from a mental health professional.

The shift by Aetna represents an important evolution in how health insurers view the medical needs of transgender individuals. While some insurers offer a broad range of surgeries for trans women if they are deemed medically necessary, others exclude breast augmentation and other treatments as merely cosmetic.

“This has the potential to be a transformative moment,” said Kalpana Kotagal, a partner at Cohen Milstein.

Insurers have typically covered genital reassignment surgery as medically necessary. But transgender women and others say breast augmentation is also a necessary treatment for individuals who receive a diagnosis of gender dysphoria. “There is no question from a medical perspective,” said Noah E. Lewis, the director of the Trans Health Project at the fund.

In addition, he said, it is illegal for a health insurer to deny coverage of medical care because of someone’s gender identity. “It’s a really simple matter of discrimination,” he said.

Aetna, which is owned by CVS Health, had been actively reviewing the need for breast augmentation surgery for trans women, said Dr. Jordan Pritzker, senior director of clinical solutions for the insurer. He said he had talked to numerous doctors who provide the surgery.

“Our decision to update our clinical policy bulletin is consistent with many changes we have made over the years to better serve the needs of the L.G.B.T.Q. community,” Dr. Pritzker said in a statement.

Aetna said it would also reimburse some trans women who were denied coverage but had the surgery. The company said it was actively reaching out to individuals who had sought authorization for their surgeries and were denied.

Cora Brna was denied coverage for breast augmentation surgery two years ago, when she tried to schedule it at the same time that she was undergoing genital reassignment, which was covered by Aetna. “I was devastated,” she said.

“I felt like a group of people were deciding whether I was or was not a woman,” said Mrs. Brna, 32, who works as a health care worker in Pittsburgh and was one of the women who petitioned Aetna. She went ahead with the genital surgery but had the procedure to augment her breasts only after it was covered by a different health plan.

Aetna’s new policy also comes at a time when the federal government is re-examining whether denying some types of care to transgender individuals is discriminatory. Under the Affordable Care Act, insurers cannot discriminate against individuals on the basis of gender identity, and most insurance companies provide coverage for people who require gender reassignment surgery. But the law never mandated a specific benefit or detailed exactly what services the insurers would cover, said Katie Keith, who teaches law at Georgetown University and closely follows this area of the law.

While the Trump administration sought to undo protections for transgender individuals with a rule last June, the issue is still being sorted out in the courts, said Ms. Keith, who also pointed to the recent Supreme Court decision that said gay and transgender workers are protected from workplace discrimination under civil rights law.

The new Biden administration has already issued an executive order saying it will enforce civil rights laws that protect people from discrimination on the basis of gender identity.

Major insurance companies are uneven in their coverage. Health Care Service Corp., which offers Blue Cross plans in five states, will pay for breast augmentation and other services for trans women if they are deemed medically necessary. The insurer said it developed these policies in accordance with guidelines established by the World Professional Association for Transgender Health, a nonprofit.

But other major insurers, including Anthem and UnitedHealthcare, continue to view the surgery as cosmetic, since they do not generally cover the procedures for women without the gender dysphoria diagnosis. They say they are not discriminating against trans women.

Anthem says its “medical policy is applied equitably across all members, regardless of gender or gender identity.”

And UnitedHealthcare said in a statement that its “coverage for gender dysphoria treatment is comprehensive and, depending on members’ benefit plans, current coverage may include physician office visits, mental health services, prescription drugs and surgery to address gender dysphoria.” It added that it uses “evidence-based medicine to make coverage policy decisions,” which are regularly updated.

But lawyers for the women involved in the Aetna agreement say they are looking closely at the policies of other insurers to see if they can make the same case that their refusal to offer coverage is discriminatory. “This is something that needs to be changed across the industry,” said Ms. Kotagal of Cohen Milstein.