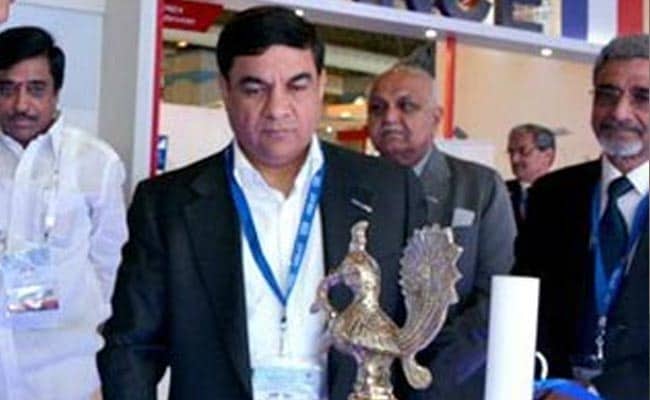 Sanjay Bhandari was arrested on an extradition warrant in July 2020.

A UK court presiding over the extradition case of Sanjay Bhandari, an accused arms dealer and “proclaimed offender” wanted in India on money laundering charges, extended his bail until April 9 at a case management hearing in London on Friday.

Sanjay Bhandari, who was arrested on an extradition warrant in July 2020 and is contesting his extradition to India, appeared at Westminster Magistrates’ Court before District Judge Angus Hamilton. The judge confirmed that a full hearing in the case will be conducted as scheduled between June 7 and 10.

Sanjay Bhandari, wearing a facemask in compliance with the COVID-19 lockdown requirements in court, was accompanied by his wife and spoke only to confirm his name and date of birth.

The 59-year-old’s lawyer, Robert Berg, informed the court that he had taken over the case on late last month and therefore required additional time to serve evidence in the case.

The judge demanded a “decent explanation” for a nearly 10-week extension being sought for the submission of defence evidence. He was informed that the previous law firm, Bindmans, had withdrawn from the case after Bhandari was unable to make a second “significant payment” due to his assets in India being attached.

“So is there no preparatory work been done between September 2020 and January 2021 that could be passed on to avert such a lengthy delay,” questioned Judge Hamilton.

His lawyer, from the firm Janes Solicitors, submitted that he had made considerable progress since he took over the case, which involves very “vast” evidence of nearly 3,000 pages of financial data and legal matters ongoing in India. The Crown Prosecution Service (CPS), appearing on behalf of the Indian authorities, submitted a “rejigged timetable” for the case and CPS counsel Ben Lloyd informed the court that both sides hope to be able to keep to the June hearing dates unless there are “big surprises” thrown up in the defence evidence.

The hearing in April will be another case management hearing before the final extradition hearing in the case in June.

Sanjay Bhandari is sought by the Indian authorities for prosecution for money laundering contrary to the Prevention of Money Laundering Act 2002. He faces cases against him in India filed by the Central Bureau of Investigation (CBI) and the Enforcement Directorate (ED).

The Indian government’s extradition request for Sanjay Bhandari had been certified by UK Home Secretary Priti Patel on June 16 last year and he was arrested a month later on July 15.

He was granted bail on a GBP 120,000 security and seven overall conditions, including the surrender of his passport, a daily curfew at his home in central London and regular visits to a police station.

Sanjay Bhandari has been linked with Congress leader Priyanka Gandhi’s husband, Robert Vadra, who has denied any business connections with the accused.

Jabs for the 50-plus, co-morbid cases likely in March: Health Minister