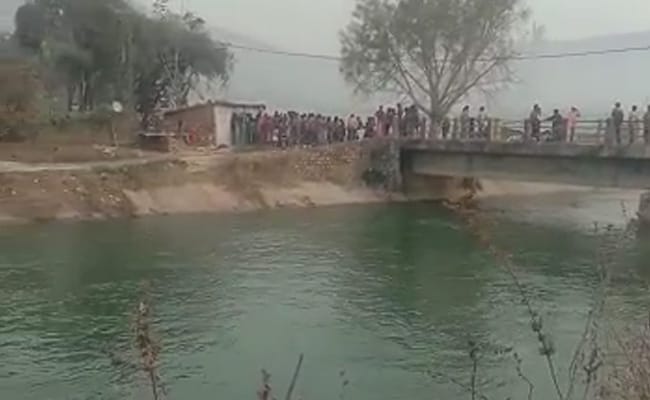 Madhya Pradesh accident: A bus fell off a bridge into a canal in Sidhi district.

Thirty-two people have died in Madhya Pradesh’s Sidhi district, about 560 km from state capital Bhopal, after a bus fell off a bridge into a canal; many more are feared drowned.

About 60 passengers were on board the bus at the time of the accident.

The state government has cancelled a key event in view of the accident, which was to be virtually attended by Union Home Minister Amit Shah.

“What has happened is extremely tragic. Rescue work is already on. Two ministers are on their way to the site. Families of those who have died will be given a compensation of Rs 5 lakh. The entire state is standing with those affected,” Chief Minister Shivraj Singh Chouhan said in a video message.

While 32 bodies have been recovered so far, seven passengers were rescued.

The bus fell into the Sharda canal at around 7.30.am after its driver lost control of the vehicle.