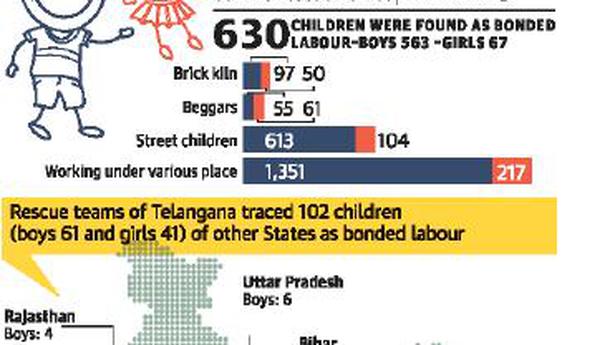 A fun-filled trip of a Kurnool-based family to historic Charminar in 2005 left them in sorrow as their two-and-a-half-year-old daughter went missing.

Bringing cheers to the family after 15 years, the girl was traced and handed over to them by the Cyberabad police recently.

As part of the ‘Operation Smile’ phase-VII, the Anti Human Trafficking Unit of Cyberabad visited a child care home and enquired about the inmates.

After they compared the details of the missing girl with the missing cases registered in 2005, they finally identified her and she was handed over to the family members.

Similarly, a 14-year-old boy who went missing in 2014 from Nalgonda town was reunited with his parents.

Under ‘Operation Smile’, missing children details were entered in DARPAN app, a unique facial recognition tool developed by Telangana police, which would be matched with lakhs of images from various databases across the country.

As many as 3,178 missing children, including 277 girls, engaged as labourers or seeking alms across the State, were rescued by Telangana police during the month-long drive to trace missing children in January. Of them, a total of 2,373 children are from Telangana, while the remaining 805 belong to other States.

Of the rescued children, 2,188 were reunited with their families while 990 were sent to rescue homes.

These children were engaged in child labour, micro industries and begging while many others were trafficked. While 630 children were found as bonded labourers, 147 were working in brick kilns, 116 were seeking alms, 717 were moving on the streets, and 1,768 rescued children were working at various places, police said.

They said that 442 people were booked in 380 cases under different sections of laws, including Child Labour Act, Juvenile Justice Act and Bonded Labour Act.